Melissa Berton, lifelong advocate for girls and women, has taught English at Oakwood Secondary School in Los Angeles for over a decade. As faculty advisor for Girls Learn International, a program of The Feminist Majority Foundation advocating for equal access to education across genders, she has thrice participated as a delegate to the United Nations Commission on the Status of Women, leading the largest student delegation from a single high school. In 2013, following that first U.N. trip, Melissa inspired her students to produce a documentary to raise awareness about menstrual health and education worldwide, leading to a 2019 Academy Award for Best Documentary Short, Period. End of Sentence. The Oscar win sparked a global conversation about period poverty and menstrual equality.

With her students, she also co-founded The Pad Project, a global non-profit organization dedicated to the idea that “a period should end a sentence, not a girl’s education.” The newly released book, Period. End of Sentence.: A New Chapter in the Fight for Menstrual Justice, with foreword by Melissa, outlines universal menstrual challenges and the solutions being championed by a new generation of body positive activists.

Her screenplay, Do Not Go Gentle, about poet Dylan Thomas, had a live reading at the Geffen Theater in 2016, with Jack Black in the lead role. Melissa took her BA from UCLA and her MFA in creative writing from Warren Wilson College.

The Pad Project is a nonprofit organization founded, in 2013, by Melissa and her high school students, dedicated to the principle that “a period should end a sentence, not a girl’s education.” All over the world, particularly in low and middle-income countries, girls drop out of school due to lack of access to affordable and hygienic menstrual products. Period poverty is not exclusive to impoverished countries. A 2021 study conducted by U by Kotex® research shows that two in five people have struggled to purchase period products, a 35% increase from the brand’s initial research in 2018. With 50% of the world’s population experiencing menstruation, The Pad Project’s job is to make sure that 100% have the tools to manage it.

“It breaks your heart to think that people believe that the period is a source of shame. We’re excited to be a little part of breaking that taboo.”

The Netflix Film that Started a Movement

With the support of family and friends, Melissa and The Pad Project team created the documentary Period. End of Sentence. to inspire people everywhere to think globally and recognize the impact young women can have to dispel the stigmas surrounding menstruation.

Period. End of Sentence., follows the women of Kathikhera, a village outside of New Delhi, India, as they install a low-cost pad-making machine and sell their pads throughout their district. The women launch a micro-economy, and in doing so they break societal barriers and become entrepreneurs.

First screened at film festivals across the U.S. in 2018, Period. End of Sentence. won numerous awards. It then premiered on Netflix in February 2019 and went on to take home an Academy Award for Best Documentary Short Subject that same year. The documentary raises awareness about the importance of menstrual health education and social entrepreneurship for women.

Melissa and her team launched a movement that goes beyond the screen. The Pad Project continues to raise funds, awareness, and to create and cultivate local and global partnerships to end period stigma and to empower women and all menstruators worldwide.

A period should end a sentence, not a girl’s education.

Book Melissa for Your Next Event

Academy Award-winning producer, educator, non-profit executive, and advocate for girls and women, Melissa is a frequent speaker at colleges, universities, conferences, forums, summits, corporations, and non-profit organizations. She engages and energizes audiences worldwide, championing topics such as menstrual equity, reproductive rights, gender equality, female empowerment, youth activism, and equal access to education for all. As a keynote speaker, Melissa has shared her expertise with organizations such as The American Federation of Teachers, Planned Parenthood, The Saint Helena Forum for Innovation & Creativity, The Feminist Majority Foundation, Orange County Grantmakers, The United Jewish Federation, Women of Warner, Nexus Global Summit, and many more. She’s made guest appearances on numerous national and local news programs and talk shows such as ABC’s The View, Good Morning America, Spectrum News 1, and WLNY, as well as on countless radio programs and podcasts nationwide, including NPR, and has been featured in a broad range of media outlets such as Cosmopolitan, Forbes, Good Housekeeping, Newsweek, The Hollywood Reporter, The New York Times, The New Yorker, Refinery 29, and USA Today. 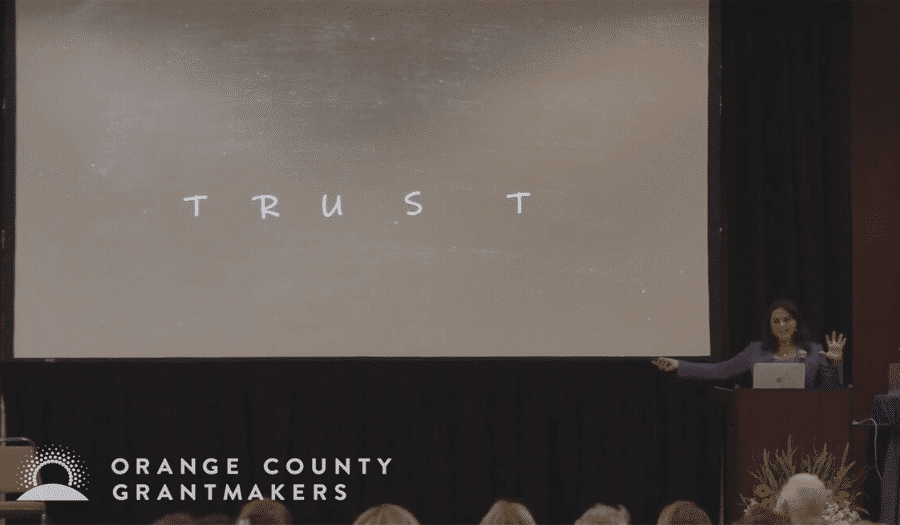 “Trust your truth, your need to take risks, your understanding of your pursuits, and trust that your inner student can become your teacher.”